How swiftly time passes! For reasons of epic proportions, I did not end up with a hive last year. Since then, however, bee keeping has become legal in the City of New York, and now a thousand hives are blooming here. I do hope to keep hives, or have the hives keep me, someday in the future.

Meanwhile, you can now generally find me blogging about natural history at Backyard and Beyond.
Posted by Matthew at 3:27 PM No comments:

A Brooklyn beekeeper has been busted for backyard beekeeping. She's received a Notice of Violation from the city's Department of Health and Mental Hygiene and will have a hearing on Tuesday, June 23rd. This is in the midst of Pollinator Week, which runs from June 22 to June 28. There will be a rally in support of this beekeeper at City Hall at 12:30 Tuesday.

Other things you can do are listed here.
Posted by Matthew at 7:18 AM 1 comment: 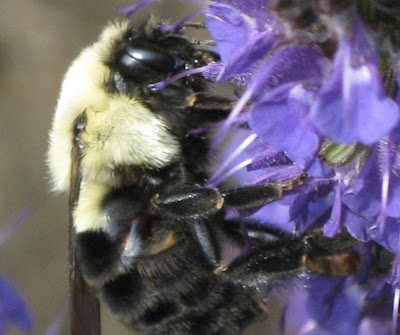 Posted by Matthew at 3:15 PM No comments:

Catch a swarm/sitting on top of the world 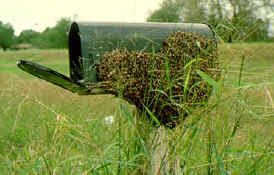 One of the other ways of getting honeybees besides ordering a package is to capture a swarm. Swarming season is coming. This is when bees, who have been productively filling up their hive with more bees, decided it’s getting a little crowded in here. The hive splits: a new queen is produced, the old queen leaves with about half the bees. The departees cluster in a swarming football-sized mass on tree limbs, windowsills, lampposts, and in the city, other things that are at eye level. But of course they don't fly in a tight mass, so the air can be full of bees.


Panic and hysteria usually result, even though the swarm is fairly harmless. It just looks terrifying. The bees are surrounding and protecting their queen, hence the big mass. They’re also stuffed with honey, which they ate before leaving the old hive because they aren’t sure when they’re going to get their next meal. When stuffed with honey, the bees are much less likely to sting because their stingers aren’t readily extruded. Meanwhile, the swarm’s scouts are flying around looking for a place to build the new hive. Someplace dry and dark, with limited access, fpl and vu not necessary. What usually happens in the non-wild is that a beekeeper comes and gathers up the swarm and puts them into a waiting hive. Free bees, after all, are not to be laughed at, oh, my, no. Gathering a swarm, assuming it’s not way up on tree, entails spritzing the bees down with sugar water and gently sweeping them into a box. Ideally, if you get the queen in your container, the bees will just waltz in there with her.

Not that you should do this at home on your own if you’ve never done it.

Today is the Brooklyn Food Conference. It looks to be a mammoth event, with workshops, films, speakers, tours, and presumably, some food in there, too. Many things are happening at John Jay High School on 7th Avenue in Park Slope. Stuff for kids is at the Slope's PS 321 (presumably all kids will be able to get in there for this). Other things are going on at the Old Stone House, the kinda-sorta authentic recreation of the farm where the Marylanders, stout fellows all, held off the Brits and those fucking Hessians in August of ’76. God knows how these things happen, but I’ll be helping out at the Old Stone Barn with a short presentation on beekeeping in the city, and urging people to sign the petition to legalize it.
Posted by Matthew at 12:42 AM No comments: 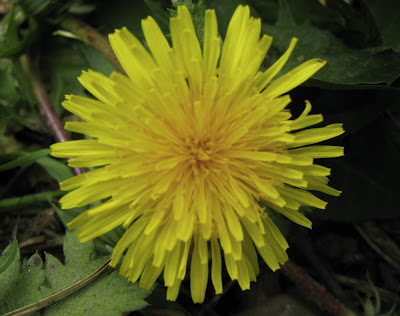 By now, you probably know that the honeybee situation is dire. There are just far fewer bees than there were a quarter century ago, certainly less than there were fifty years ago. Colony collapse disorder (CCD) got a lot of media attention for a while, and is still a major, unresolved problem, but bee populations were plummeting long before CCD. Pick the reasons: pesticides, climate change, habitat destruction, agricultural industrialization, the fact that a lot less people keep bees now and so genetic diversity is limited, a combination of some or all of these. We are, after all, living through the sixth great extinction of species on Earth, the only one we are responsible for, so there is no reason bees should be immune.

One of the ways this shortage manifests itself is that there aren’t an endless supply of bees to be had. The long winter meant more hives didn’t survive, so demand is strong, while bad weather in bee breeding southern states means there are less bees to go around. We've just gotten the news that we won’t be getting any bees until the end of May. This is late for a first year hive. They should already be building out the comb now.
Posted by Matthew at 10:18 PM 3 comments: 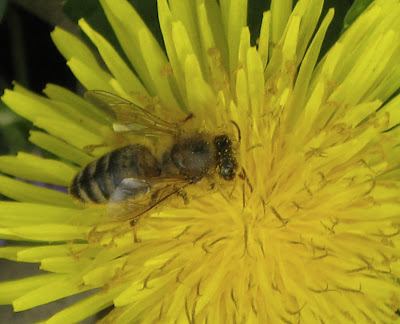 Prospect Park, Wellhouse.
Posted by Matthew at 4:38 PM No comments: